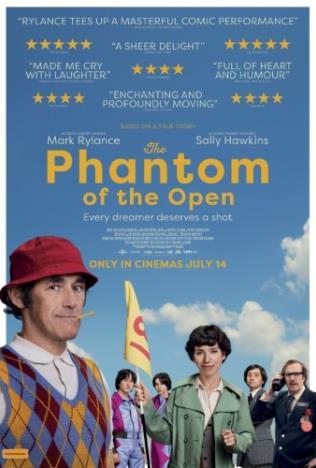 THE PHANTOM OF THE OPEN tells the remarkable true story of Maurice Flitcroft, a crane operator and optimistic dreamer from Barrow-in-Furness who, with the support of his family and friends, managed to gain entry to the 1976 British Open qualifying, despite never playing a round of golf before. With pluckiness and unwavering self-belief, Maurice pulls off a series of stunning, hilarious, and heartwarming attempts to compete at the highest level of professional golf, drawing the ire of the golfing elite but becoming a British folk hero in the process.