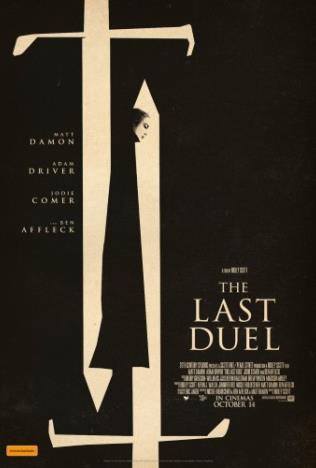 From Twentieth Century Studios and visionary filmmaker Ridley Scott comes The Last Duel, a gripping tale of betrayal and vengeance set against the brutality and female oppression of 14th century France. The historical epic, which is based on actual events depicted in The Last Duel by Eric Jager, stars Oscar® winner Matt Damon and two-time Academy Award® nominee Adam Driver as quarreling
lords, both of noble birth, whose grievances must be resolved in a duel to the death.