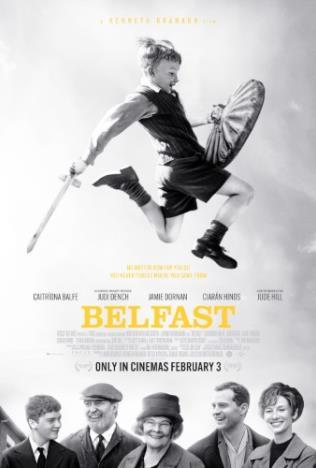 Written and directed by Academy Award® nominee Branagh, BELFAST is a poignant story of love, laughter and loss in one boy’s childhood, amid the music and social tumult of the late 1960s. The cast stars Golden Globe nominee Caitriona Balfe, Academy Award® winner Judi Dench, Jamie Dornan, Ciaran Hinds, and introduces 10 year old Jude Hill. Dornan and Balfe play a passionate working-class couple caught up in the mayhem, with Dench and Hinds as sharp-witted grandparents. The film is produced by Branagh, Laura Berwick, Becca Kovacik and Tamar Thomas